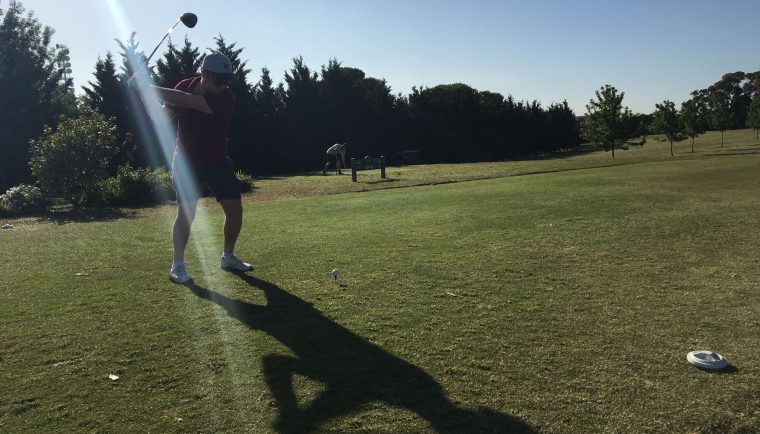 The 2019 William Angliss Foundation Golf Day was held on the 20th of November at the Medway Golf Club in Maideston. The event management team, Eclipse Events, worked closely with Anne Kavenagh and Mark Agius to plan the day.

The 3 key objectives were to strengthen the relationships with key suppliers, raise money for the William Angliss Institute Foundation and guests to have a fun and exciting day of networking.

The event began with a delicious BBQ breakfast cooked by the William Angliss  student chefs. A coffee cart  was generously provided by the WAI Coffee Academy and kick started the players for the fun day ahead. Throughout the day the attendees enjoyed a range of food and beverages with a crowd favourite being the gelato station, which had an amazing choice of flavors. This was a great break from the 32 degree day. Once finished with their round of golf, the guests moved inside for a well deserved lunch. Winners were announced for the raffle and door prizes while the bidding began for the silent auction. With the event culminating in the announcement of silent auction winners, the day proved to be a hit with those in attendance.

Overall it was a successful day, providing guests with lots of food, memories and networking while raising money for a fantastic cause, The William Angliss Institute Foundation. 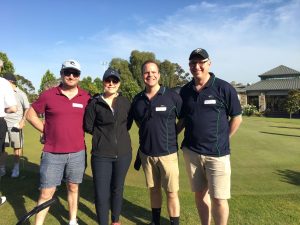 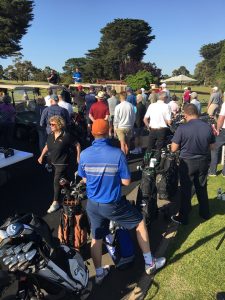 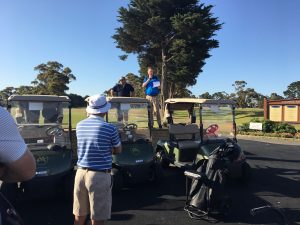 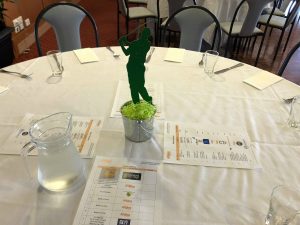 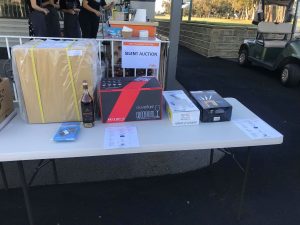 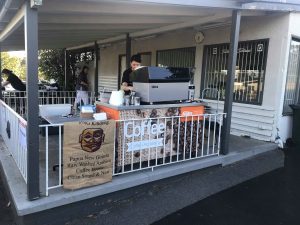 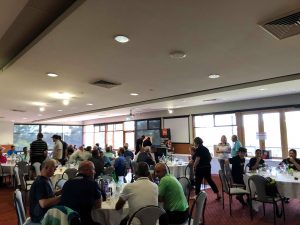 On the 14th November, Skylight Events had the pleasure to put on a dinner for the Ronald McDonald House in North Fitzroy, it was called the “Ronald McDonald Make a Meal, Circus Dinner”. The event allowed parents to enjoy a night off from cooking and cleaning, while they enjoyed spending quality time with their children!

The Skylight team cooked and prepared a home cooked meal for all the attendees. There was a range of food such as lasagne, vegetarian pasta, potato salad, coleslaw and a green salad. The theme of the event was based around the circus. We incorporated a variety of games such as circus bingo, throw the hoop on the clown and we even had Bubbles the Clown come to entertain the children with balloon animals. The parents were impressed with all the delicious cakes we had for dessert, which were all generously donated by Brunettis. However, the children particularly loved the donut decorating station, filled with scrumptious Krispy Kreme’s!

The event ran very well and all the attendees that showed up were so grateful and satisfied with the efforts we put into hosting the event. Overall Skylight Events ran an incredible event for an incredible cause.

On Saturday the 26th of October the Diploma of Event Management students had the privilege to be apart of Holy Name Primary School’s Trivia Night. 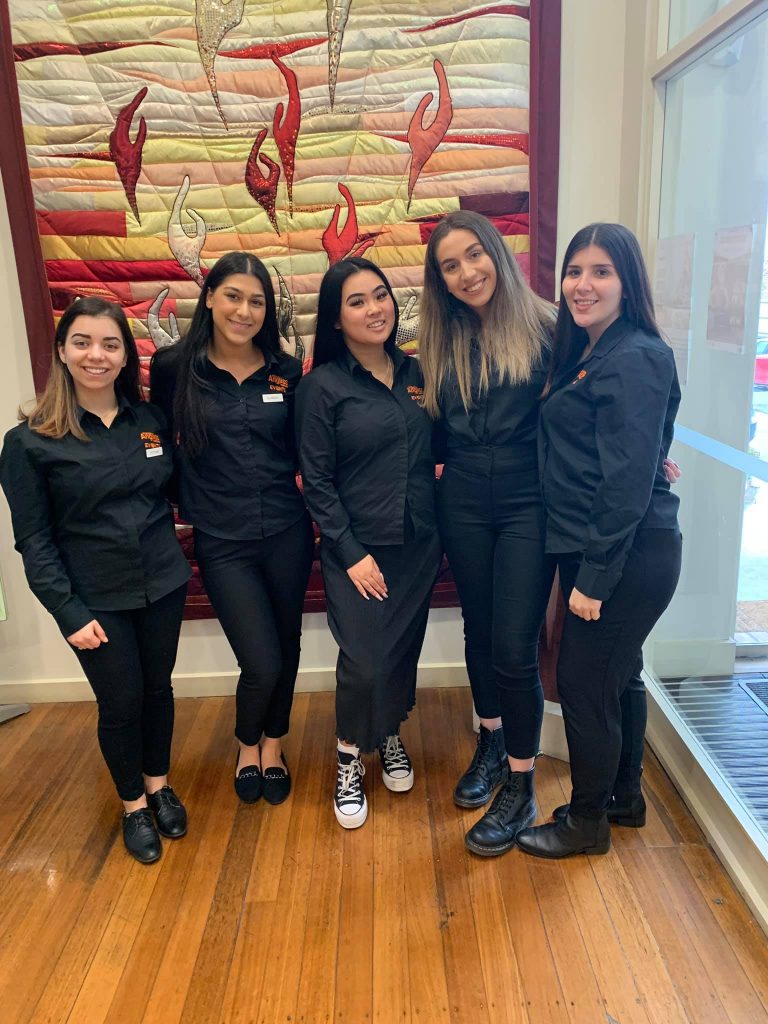 The aim of our event was to raise money for the school playground equipment while also giving the parents and family members of the school a opportunity to socialise with each other and meet new families in their children year level.

We had the amazing Scott from Trivia Master entertain our attendees throughout the night.

On the night we had provided beautiful platters; Antipasto, Seasonal Fruit & Vegetarian options. We had a cash bar with both alcoholic and non-alcoholic drinks available for purchase throughout the night, and we also had beautiful desserts kindly donated by William Angliss.

Our stylist had transformed the hall into superhero heaven, with stunning centre pieces, a city skyline backdrop, and cityscape boxes throughout the room.

We would like to say a massive thank you to all the sponsors who were involved in our event! 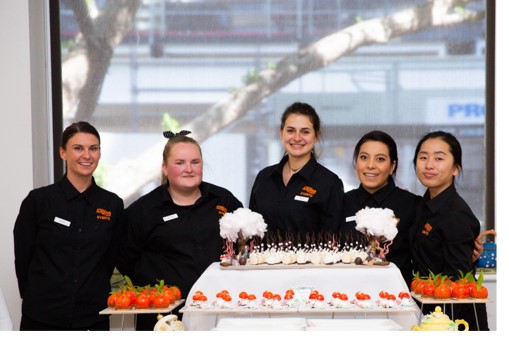 We are a group of students during the first stage of Event Management Diploma, Lilly Events. Kerri Lee is the Administrator, Sara Pettenuzzo Front of House Coordinator, Ilce Resendiz Beverage Coordinator, Caitlin Goudie Stylist and Maisie Christabellie Audio Visual Coordinator. During this semester we have organized the Annual Patisserie High Tea. This event is an important training experience for our students, who compete against each other in teams with the help of expert teachers to see who can come up with the most creative and exciting high tea delicacies on the theme.

This decadent afternoon tea is presented at The Angliss Restaurant, our on-campus training restaurant and this year the event date was the 31st of October.

The 120 guests have been welcoming with canapée and drinks of their arrival and after seated in the restaurant where they enjoyed the delicious varieties of teas and the patisserie buffet.

For the first year, the guests were not served by a hospitality class like the previous years but they were challenging served by the other part of the first stage Event Management Diploma class. There were so many positive comments on the styling on the tables.  There was a lovely music played throughout the event, timed with the theme Foraging in the rain garden.

Over all everyone enjoyed their time at the William Angliss Patisserie High Tea 2019.

The Royal Australian Regiment Association members had arrived for their annual dinner.
Each year the members, their partners and friends get together for a night of good food, good wine and a chance catch up with those who shared the honour of serving their country in times of need.

The association is formed by veterans and battalions of the Australian Army from wars such as World War II, the Korean war, the Vietnam war and more recent conflicts such as Iraq and Afghanistan.
This year, purpose of the dinner was more than a social gathering; it was also with the hope of recruiting some younger blood to the association.  A table of current service men had joined in the celebration of the year that was.

After some arrival drinks, guests were seated by 7pm and the night began with a short welcome speech from association organiser Peter Fraser.
Mains were served shortly, followed by a delicious dessert of Spiced gingerbread cake and roasted pear accompanied by candied almond ice-cream.

In between, there were a few short speeches by members of the association who wanted to express gratitude and share information with the crowd. Including an address from association president John James.

As is the nature of the events industry, there were changes throughout the night that our ‘Eventure’ team of five was able to adjust to and work with.
Silvana Madia, the stage one events Functions leader was there to assist and guide each student in their roles as well as being the security you need when you run your first event.

Front of house co-ordinator Jorja Wernert was able to lead the floor and work with the chef to ensure a smooth service.
The bar was buzzing with members buying and adding to tabs as Beverage coordinator Georgia Thomson kept a cool, calm and collected attitude to the demands.
Stefan Ong, the team’s protocols coordinator was our man on the night ensuring all moments were captured and organised a smooth-running registrations process for members.
Catherine  Deng, the team Administrator made sure the organisers felt at home and worked closely with association member Peter Fraser to deliver the envisioned guest experience.
Finally, the room was a vision in commemoration as designed by team Stylist Elizabeth Lingard. Taking inspiration from the Anzac commemorative poppies and rosemary plant as well as the association badge colours, the room was an elegant vision of white, red and green.

Special mention to the WAI hospitality students led by teacher Sandra Garland who could not have been any easier to work with, giving guidance to our events students where needed.

Members of the Royal Australian Regiment Association and students could be seen mingling and laughing the night away. In the end, the night was the perfect ending to the year for both client and students who have worked collaboratively for the last few months to create this experience.

On the 18th October, Events ‘R’ Us (Diploma of Event management students) and OTU partnered up to put together a OTU Annual Dinner.

Overview of the event:
The Officer training unit (OTU) Association is a group of national service people who were selected for officer training at Scheyville between 1965 and 1973. They have been coming to William Angliss Institute to celebrate, to reconnect and network.

Our client went with roaming canapes during their pre-dinner drink service. Canapes and drinks needed to come out together exactly on 18:30 and they did. This was great team work by all Hospitality and Kitchen staff.   A selection of drinks were ready on tray which hospitality staff walked around offering as guests arrived. We had plenty of staff which made this part of the service successful.

Overall, the veterans were very satisfied with the dinner Events ‘R’ put on for them.Guests wrote that they were very happy with the service not only what Events ‘R’ Us has offered, but also the students of Alf Nicdao’s hospitality team.

Welcome to William Angliss Institute's events blog. Keep updated on students' activities, events and insights as we proceed through semester.